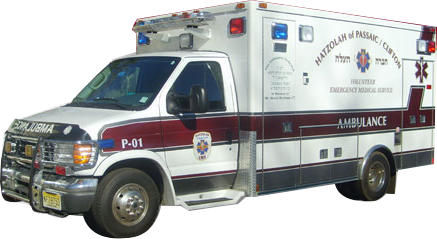 A Second Ambulance Is Put Into Service! – Hatzolah of Passaic/Clifton

A Second Ambulance Is Put Into Service!

On August 5, 2008 a second ambulance (known as P-02) was put into service. This ambulance is a very much needed addition which will ensure that the community of Passaic and Clifton will always have an ambulance available when the need CH”V arises as there are often simultaneous calls being handled by Hatzolah. This addition also allows Hatzolah to provide some much needed service to the heavily used P-01. As not every ambulance is exactly the same, it is important that all members are familiar with the location and function of the equipment stored on it. Below are photos of both ambulances and the members attending an orientation session at Yeshiva M’Kor Boruch.